Is Subway as healthy as they claim?

Who doesn’t love a good Subway sandwich? As far as sandwiches go, they’re some of the best around! They make for a very tasty treat, and you’ll find that they’re usually fairly low in calories. The ingredients are mostly fresh, and they taste pretty darn awesome when you mix them up with the right condiments for a delicious Spicy Italian, Chicken Teriyaki, or Roast Beef sub.

But, did you know that Subway isn’t all as healthy as it claims? In some cases, there’s a lot more “unhealthy” in your food than you might like…

The Danger of 9 Grain Bread

You’d think that the 9 Grain bread would be the healthiest of all, as it should be made with all healthy grains. However, you’ll find that there is hardly any of eight of the nine grains, such small trace amounts  that there is less than 2% of these ingredients in your food. There’s a whole lot of regular white flour, but not much of anything else healthy.

There’s a lot of unhealthy stuff in the white bread, stuff like sodium stearoyl lactylate, azodicarbominade, and calcium sulfate. All of these chemical ingredients are harmful for your body if consumed in large quantities, and you’ll find that you’re actually polluting your body when you “eat fresh”. There are 16 additional ingredients that really have no place in bread, including caramel coloring DATEM, and the chemicals listed above.

READ MORE: Caramel Coloring Could be Killing You 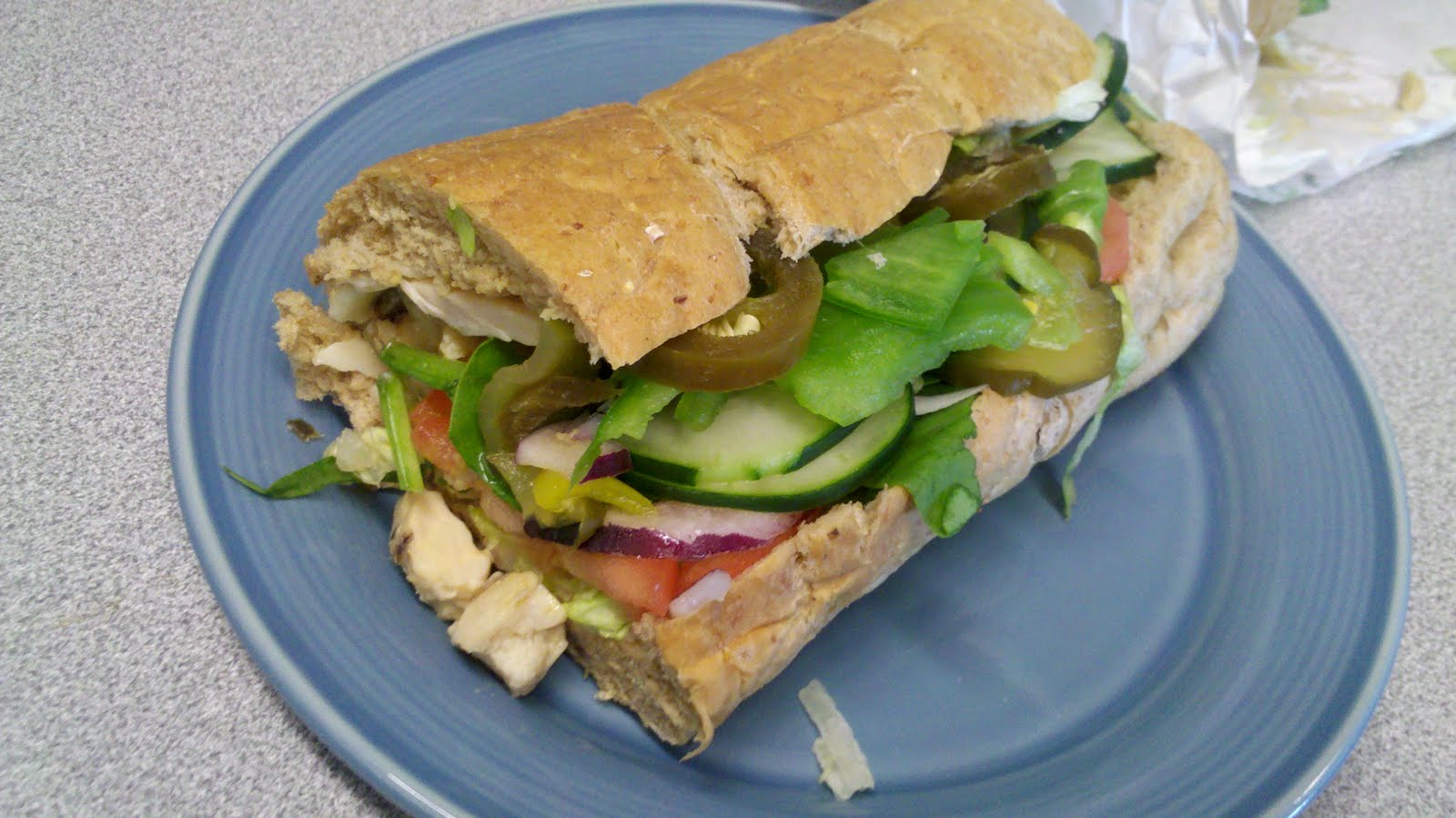 One of the worst ingredients in your Subway bread is ammonium sulfate, a colorless, tasteless chemical that is added in order to thicken your bread and give it more body. When you take a nice, filling bite of bread, the only reason it is so thick is thanks to chemicals like ammonium sulfate.

You may not know what ammonium sulfate can do, but the truth is that there is a very real risk when you ingest the stuff in large quantities. While Subway bread may not contain enough to pose a health risk when you eat the occasional slice of bread, regular consumption of the chemical can lead to all kinds of health problems.

Ammonium sulfate has been known to cause irritation of the eyes, as well as redness, pain, and a bit of swelling.  It can irritate your skin, causing it to redden and turn into a nasty, itchy rash if the chemical is absorbed via the skin. It certainly won’t do your digestive system any favors, causing diarrhea, nausea, and vomiting. It is definitely harmful if you swallow large amounts of it, but even small quantities can cause digestive issues. If you inhale concentrated ammonium sulfate, you can expect some pretty serious lung problems. You may find it hard to breathe, and you can end up suffering some intense coughing fits.

Now don’t get me wrong, there’s nowhere near enough ammonium sulfate in your Subway sandwiches to cause these kinds of negative reactions, but the truth is that even a little bit is probably too much. You want to stay away from unhealthy ingredients, which is why you’re choosing the 9 Grain bread in the first place. However, the healthy choice in this case may not be the right one.

If you’re going to go to Subway for a meal out, remember that the 9 Grain bread probably isn’t as good as the Whole Wheat loaf. The Whole Wheat loaf uses a lot more brown flour, though it’s still loaded with white flour as well. At least with the whole wheat loaf, there isn’t any caramel coloring used to make the bread. Subway isn’t as healthy as you might think, so keep that in mind when searching for a “healthy” place to eat out.