Here’s why you should never feed your kids artificial sweeteners…

Sugar is found in a staggering number of processed and packaged foods. Unless you only buy raw food and cook it yourself, it’s nearly impossible to avoid sugar completely. And it’s not just refined sugar you have to worry about; with so many artificial sweeteners around, it’s very difficult to eliminate all sugar–both “real” and fake sugar–from your diet.

But, as many studies have proven, it’s VITAL that you cut back on artificial sweeteners. Fake sugar products like Sweet N’ Low have been known to cause a number of problems, including high blood sugar, digestive upset, and more. Now, it looks like it can even cause higher obesity rates in children!

A study posted in the Journal of the American Medical Association found that mothers who consumed artificial or fake sugar while pregnant increased the risk of their child becoming obese. Of the over 3,000 women that participated in this study, the ones who consumed artificial sweeteners and beverages sweetened with fake sugar had a 200% higher chance of their child becoming obese.

Why is this? Well, it’s believed to have a lot to do with how fake sugar affects our bodies. The chemicals in the sweeteners affect our taste buds negatively. The fact that the sweeteners are SO MUCH sweeter than regular sugar means they essentially overwhelm our palate. Once we just used to the extra sweetness, it’s difficult to go back to the “less sweet” regular sugar. The more artificial sugar we eat, the more resistant we are to the sweet flavor, meaning the more we need to eat to get that sweet flavor. 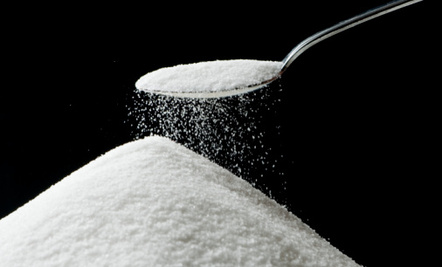 The psychological factor only makes things worse! People eating these artificial sweeteners think they can eat as much as they want, as the sugar contains zero calories. They often end up eating more than they would if their food contained regular sugar, and the result is an excess of calories. Diet sodas and diet foods are just as unhealthy as their regular counterparts–the only difference is that they contain fewer calories of sugar, but the effect on the blood glucose levels remains the same.

Of course, that doesn’t take into account the fact that the human body begins to crave sugar and sweet things after a steady intake of sugary foods. The more sugar you eat, the more your body feels it needs. Eventually, you will be unable to enjoy foods with only a small amount of sugar, such as fruits and veggies. This change in your taste buds and appetites can have serious long-term consequences on your health and wellbeing.

What’s the point we’re trying to make? Simple: don’t feed your kids artificial sweeteners, and don’t eat them yourself either!

As multiple studies have shown, artificial sweeteners can be terrible for your health. They have been linked to a wide range of health problems, so it’s definitely in your best interest to avoid them. By avoiding fake sugar, you can reduce your risk of disease, but also fight off obesity. Artificial sugars play a major role in the country’s high obesity rate, as they are addictive, easy on the conscience, and cause you to continually eat more and more. The result of regular consumption of fake sugar is a less healthy, less happy you.

But don’t stop there! Once you cut back on fake sugar, make it a point to cut back on regular sugar and sweets as well. These foods contain very little nutritional value, and they will do your body no good. Stick with healthy, raw foods!