Cutting gluten from your diet is NOT easy! A lot of the most delicious foods around have gluten: pasta, bread, soy sauce, and the list goes on. Of course, you know how important it is for your health, so you make the effort to eliminate it even though gluten-free foods taste pretty terrible. But there may be hope–a team of Italian scientists may have found a way to make gluten-free food (bread, in this case) taste delicious again.

Gluten is the protein that is found in grains: wheat, barley, rye, etc. When it’s mixed with water, it becomes elastic. It’s what gives bread and pasta that “doughy” texture we all know and love. Cakes crumb and buns are spongy as a result of the elastic matrix formed by gluten when it is kneaded or comes in contact with water.

But what happens when you remove gluten from bread, pasta, and other wheat products? Without the elastic matrix, the bread gets very dry and hard. Anyone who has tasted gluten-free bread knows how odd it is–it’s just not the same! However, a pair of Italian scientists have discovered Zein, a protein derived from corn that could serve as a replacement for gluten.

In recent years, scientists have been studying the food-related uses for zein. The William Wrigley Jr. Company has been working with the University of Illinois at Urbana-Champaign to determine whether or not zein could be used instead of the gum base in the Wrigley chewing gum products.

Now, thanks to the innovation of these Italian scientists, zein could be used to replace gluten in gluten-free products. It has similar elastic properties, meaning it can make your gluten-free cakes, breads, and pastries more delicious, fluffy, and springy. It reacts much the same way that gluten does, and it promises to be a viable alternative to the wheat protein. 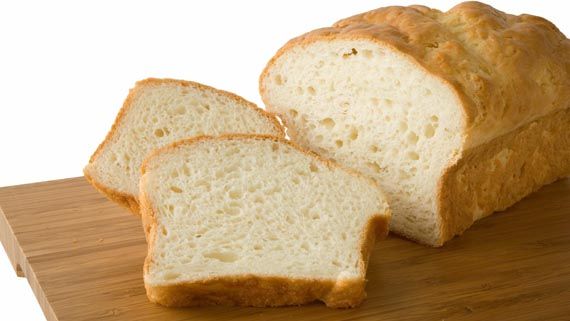 For those who are on a gluten-free diet, this comes as very welcome news. Gluten-free products tend to be VERY pricey, but zein could help to lower the cost of said products. The protein is derived from corn, one of the most abundant crops on the world. Corn is also one of the cheapest crops on the planet, meaning it’s much cheaper to produce zein than other wheat-derived products.

Of course, there is still a lot of research to be done before zein hits the market as the gluten alternative. To date, most of the uses for zein have been purely commercial, so scientists still need to figure out how to produce an edible form of zein that replaces gluten in food. Zein products are not expected to hit the market for a few years at least, as the manufacturers need to figure out ways to get them past the “research and development” stage.

But isn’t it exciting? One day, you may be able to enjoy gluten-free bread and noodles as much as you used to enjoy your regular bread and noodles! The gluten-free diet may not be as difficult to stick with, and there will be many options of pastries, breads, and baked goods–all made with zein. Thanks to this amazing protein derived from the super-abundant corn, you may actually come to enjoy the food you are allowed to eat on a gluten free diet.