Going vegetarian and vegan is pretty popular these days, even among those that have no medical or health reasons to do so. You can find recipes for delicious vegan treats – like vegan chocolate avocado cake – pretty much everywhere, and there are many great vegan clothing lines and vegan beauty products for 2014 that help vegans to look their best.

The reason many vegans put their pets on a vegan diet is that they can’t countenance the idea of ham being done to animals. They don’t want to eat the flesh of animals, and they can’t stand their pets doing the same. It doesn’t jive with their practice and ideals of living compassionately and avoiding doing harm to all things – even animals that most people in the world treat as delicious food.

But is it harmful to feed your dog or cat a vegan diet?

Cats on a Vegan Diet

When it comes to cats, it’s best to avoid vegan diets. Cats’ bodies need the protein that comes from fish and other animals, and feeding a cat a vegan diet is actually going against their physiology – according to an article on WebMD. One veterinarian compared it to trying to get a horse to eat meat, so it’s not a healthy choice.

With dogs, however, it’s a bit different…

Vegan dog diets are possible, and they can actually be good for the dog if they are done properly. However, the risk of making a mistake in your vegan dog diet is huge, and you could end up causing your dog to become malnourished if you aren’t careful. 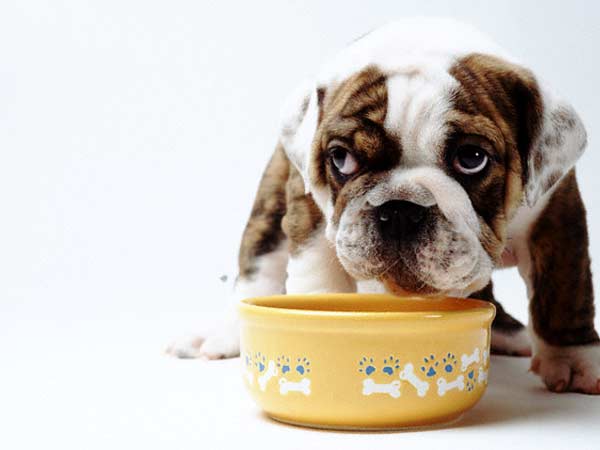 Some of the risks of a vegan dog diet include:

Without enough of the nutrients listed above, there’s a very real risk of dietary problems – which can in turn lead to serious and irreversible health problems. For example, a lack of taurine can lead to a dilated cardiomyopathy, which is an enlarged heart that cannot pump blood properly and can only contract weakly.

According to Jennifer Larsen, DVM, PhD, and assistant professor of clinical nutrition at the University of California, Davis vet school, there are four simple guidelines to adhere to when feeding your pet a vegan diet:

Vegan dog diets can be done safely, but it requires an absolute commitment to ensuring that your pet is getting the proper balance of nutrients. For the average person, it may be better to let your dog stick with a normal diet – no matter how much it may contradict your commitment to a compassionate, vegan life. It’s what you should do for your dog’s sake!