Pregnancy can be a pretty tough time of life for women. Once the “magic” of the pregnancy fades, you’re left with problems like constant fatigue, bloating, edema, gestational diabetes, hair loss, and the list goes on. Most of the time, pregnant women are DEFINITELY ready to get the pregnancy over and done with when childbirth rolls around.

No one has ever said pregnancy is easy on men, either. They may not be carrying the baby, but they have to take care of a woman with odd cravings, hormones raging out of control, and constant fatigue. Men do a lot of unseen work around the house to ensure their wife’s pregnancy is as comfortable as possible.

But did you know your pregnancy can make your husband depressed? Men who don’t take proper care of themselves physically are more likely to suffer emotionally during both pregnancy and the first nine months after childbirth—or so says a new study out of New Zealand.

A team of researchers from the University of Auckland examined more than 3,500 men to determine whether the symptoms of antenatal or postnatal depression were more common in certain types of men. The men, an average age of 33, either had a wife in their final trimester of pregnancy or a newborn child younger than 9 months old. 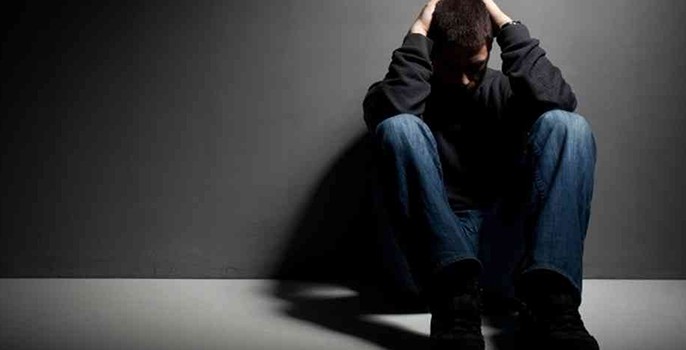 Interestingly enough, other health factors were linked to the risk of depression symptoms. Men with high levels of stress were more likely to suffer from depression, as well as men in fair to poor health. Men who were unemployed during the first months of the child’s life also had a higher risk of depression, as well as those who perceived their relationship with their wife was negatively impacted by the arrival of the child. Of course, a history of depression also played a role in their likelihood of developing PDS.

This is one of the first studies to examine the effects of pregnancy on the HUSBANDS, rather than focusing on the wives.  Men may also be affected by their spouse’s pregnancy—they just are far less likely to show it or even realize it than their wives.

What’s interesting is that paternal depression can have both direct and indirect effects on the newborn child. Children are highly sensitive to the emotions and feelings of those around them, so paternal (and maternal) depression can negatively impact their psychosocial and cognitive development. Recognizing and treating the symptoms of paternal depression (both during pregnancy and after childbirth) is something parents can do to ensure their child is born into a happy, healthy household.

If you’re an expectant or new father, it’s time to take stock of your emotional health as well as your physical health. A history of depression can increase the chance of your becoming depressed. Your fitness and health level can also play a role in your wellbeing. If you’re not taking care of yourself, your newborn child may suffer as a result.

Depression is a fairly common problem among both pregnant and new mothers, but it’s time for the fathers to realize they’re at risk as well. Taking care of your emotional health, managing stress, and taking more time for exercise and a healthy diet may be the key to making your home a happy, loving one for your new baby.

Shop White And Black Blouses, Sweaters And Cardigans, Shoes Wedges, Camis And Tanks and more. Get this widget.